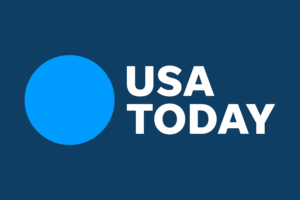 Experts Say Remembering Our Nocturnal Adventures is Key to Solving Problems in the Light of Day.

Imagine walking into the world’s largest theater to see a vivid new film every night filled with twists and turns, none more shocking than the final credits: You were directing it all along.

Justina Lasley does just that for about eight hours, seven nights a week.

“Every night I look forward to sleeping. It’s like going to the movies,” says Lasley, founder and director of the Institute for Dream Studies in Mount Pleasant, S.C. “It just blows my mind how creative and wise I am in my sleep.”

Lasley is not bragging. Though she has analyzed and decoded dreams for more than 22 years, virtually anyone can dream big, spill their subconscious and capture it all with just a notepad and pencil.

Despite this power, many dismiss their dreams and these figments of flying, falling, running, drowning and public nudity as mental noise.

“Dreams are God’s answers to our prayers,” Lasley claims. “We’re praying for things and we’re sleeping right through it.”

Here are some tips on how to capture the power of your dreams.

Dreams are elusive things. That’s why if you want to catch them, you need to first get serious.

To show you’re serious, get the requisite reverie materials, including a journal to log your dreams and a pencil. Lasley avoids pens because they rely on gravity and too often run out of ink.

“The intention is the main thing to use,” Lasley says. “It’s their intention to remember, you can’t fool the subconscious or the psyche. You’re either serious about remembering or not.”

Lasley recommends journaling what you want answered before sleeping to show conviction. After all, people have looked to their subconscious for answers for a long time, Lasley says.

“In ancient times, people put so much emphasis on the dream,” says Lasley, citing dreams had by the biblical Joseph and Jacob. “All those major decisions were made on a dream.”

Lasley hears from people that they don’t sleep enough to dream.

It takes about three hours of sleep to achieve rapid eye movement, the lightest stage of our sleep cycle where the most vividly recalled dreams occur. The longer we sleep, the longer this level lasts.

The more time you concentrate on your dreams and the details within, the more energy you will wake up with, she says.

“I guarantee them if you start paying attention to your dreams and honor your dreams, your sleep will be more restful,” says Lasley, adding that she sleeps between eight and nine hours each night.

While easy to have, dreams are hard to remember, fleeing from our memory seconds after we wake.

Since there is no time to waste, Lasley keeps her journal and a pencil under her pillow, turning to them before even turning on a light.

“I just write it in the dark,” she says. “If you make a few notes, we can connect those notes. We just need a hook to (get) back in the dreams.”

When waking up, it only takes a slight movement to jolt you miles from your dream.

“There’s a difference between dream time and linear thinking,” she says. “Linear is the plan of the day, when you think ‘I have to get out of bed and get ready for my meeting at 8:30 a.m.’ The dream time (has no) limitations with space and time. Once we change that thinking to scheduling time, to where I am, the sense of the dream disappears.”

To hold onto your dream, stay as still as possible in your most comfortable sleeping position, she suggests.

“It’s amazing,” she says. “If we turn over our pencil or paper, we can sometimes move out of our position.”

Even harder than detecting a dream while sleeping is doing so while awake, says Lynette Teachout, author of the dream-interpretation novel Journey With Zeke.

“You can dream during the day as much as you dream at night, your dreams are really thoughts or images,” says Teachout, a resident of Rives Junction, Mich. “I’m awake and I’m working, and I see an initial pop in my mind and that means something.”

Teachout doesn’t take daydreams for granted, carrying around a notepad wherever she goes. 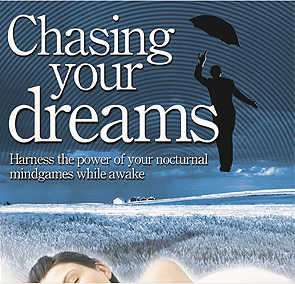 For instance, she recalls one conversation with a stranger in which the word “violet” suddenly popped up in her mind. When she asked “does violet mean anything to you?” the woman said she had intended to name her firstborn Violet. Teachout estimates her inner voice is about 60 percent accurate.

Teachout, who practices as a psychic, defines a dream as “our own unique communication with our inner wisdom.”

During a signing of her new book, Teachout heard a young girl’s reoccurring nightmare in which a bear would hang outside her bedroom, scaring the girl to the point where she felt captive in her room while dreaming.

“I told her, ‘The bear is there for protection,'” Teachout says. “The look on her face told me that she got it. … We build our own fears and we just have to unlock our own fears.”

Rather than assume the worst in a dream, find out how else they could be viewed, she says.

“They came across as nightmares because they don’t understand the true meaning,” Teachout says.

Both Lasley and Teachout agree only a few jotted remembrances of each dream will begin to tell a story about the dreamer.

But what exactly is noteworthy in a dream?

While anything is better than nothing, Teachout says animals, such as a wolf, possesses symbolism, standing for guidance, she says.

“Or colors can be really huge too,” she says. “Color could have significance. White represents a cleansing, enlightenment, but if it was something to do with black, then I would think there’s a power or a power struggle.”

It’s important to not rely solely on dream dictionaries when decoding them.

A more reliable source is yourself, Lasley says.

“You can use (a dream dictionary),” Lasley says, “but the first thing to ask is, ‘What does that mean to you?’ What does flying mean to you, what does that feel like? Being free, untethered, not tied down, can see at great distances, you have a different perspective of the world when you’re flying, your viewpoint of the world has changed, and for the person who hates flying it may be the most anxiety-producing dream that you can think of.”

Interpreting such common dreams — such as involving falling, drowning or flying, or being underwater, back in school, or naked in public — depends on the individual, Lasley says.

“Some people think they can interpret other people’s dreams based on their own experience, but it’s tailor-made for the individual,” Lasley says. “Your dreams are made from your past experiences.”

Some people spend years mastering the skill of lucid dreaming, the ability to control one’s dreams.

However, Lasley would rather relax and have her subconscious write the script — and without the disruption of any music or sleeping drug.

“For me, they whole reason is to get out of control, where our ego is out of the way,” she says. “The dream is taking us to a place away from ego. It’s grander than anything we can think of, so why are we going to go back and control it?”

When dreaming, emotions manifest in one’s subconscious through certain common symbols. Here is a general guide to what some of these symbols might represent according to DreamMoods.com:

Animals represent primitive aspects of yourself, including your raw desires and sexual nature. The extent depends on the particular animal and even its color. For instance, a wolf — symbolizing loneliness, mystery, pride and self confidence in its most generic form — can represent valor if white or self repression if black. A snake can represent anything from phallic desires to an untruthful person.

Babies can signify innocence, warmth, new beginnings or the desire to have baby.

Demons can actually indicate denied emotions and the need to change your behavior for the better.

Money alone usually means self worth. Exchanging money in your dream may convey an anticipation for some life changes.

Roads may indicate your direction in life and a need to reflect on your current path.

Teeth, or more specifically dreaming of losing your teeth, may commonly reflect a hidden fear of getting old and being seen as unattractive.